Cookies are used for user guidance and Web analytics. They help to personalize the website content and to enhance the user experience. Please choose your individual settings here.

Stores user data during the session. It is e.g. used for the spam filter within forms.
Expires after the session.

Statistics and marketing cookies help the website operator to understand how the user interacts with the sites by collecting and transmitting information anonymously.

Identifies user for the Google visitor tracking.
Expires after 2 years.

Reduces the demand rate towards Google.
Expires after 10 minutes.

Cookies are small text files that websites use to increase the user experience.
This website uses various types of cookies.
You may alter or revoke your consent to the use of cookies on our website.
To learn more about us, how to contact us and how we process personal data, please consult our Data Protection Regulations

Back to settings Accept all and continue reading

EURODRILL GmbH has donated a total of €6,500 to help kindergartens in the various villages that make up the town of Drolshagen. The mechanical engineering company, which is based in Drolshagen, held a casual pre-Christmas get-together for a symbolic handover of the donations on December 19, 2022, in its facility restaurant.

EURODRILL GmbH Managing Director Ralf Sönnecken enjoyed the pleasant and interesting discussions he had during the donation handover, and also had the following to say: “Children and young people are the future of our society, and we would like to help ensure that they’re well cared for – with a regional focus and in a targeted manner.”

EURODRILL GmbH has been making donations on a regular basis for many years in order to support local organizations that focus on the well being of children and teenagers. 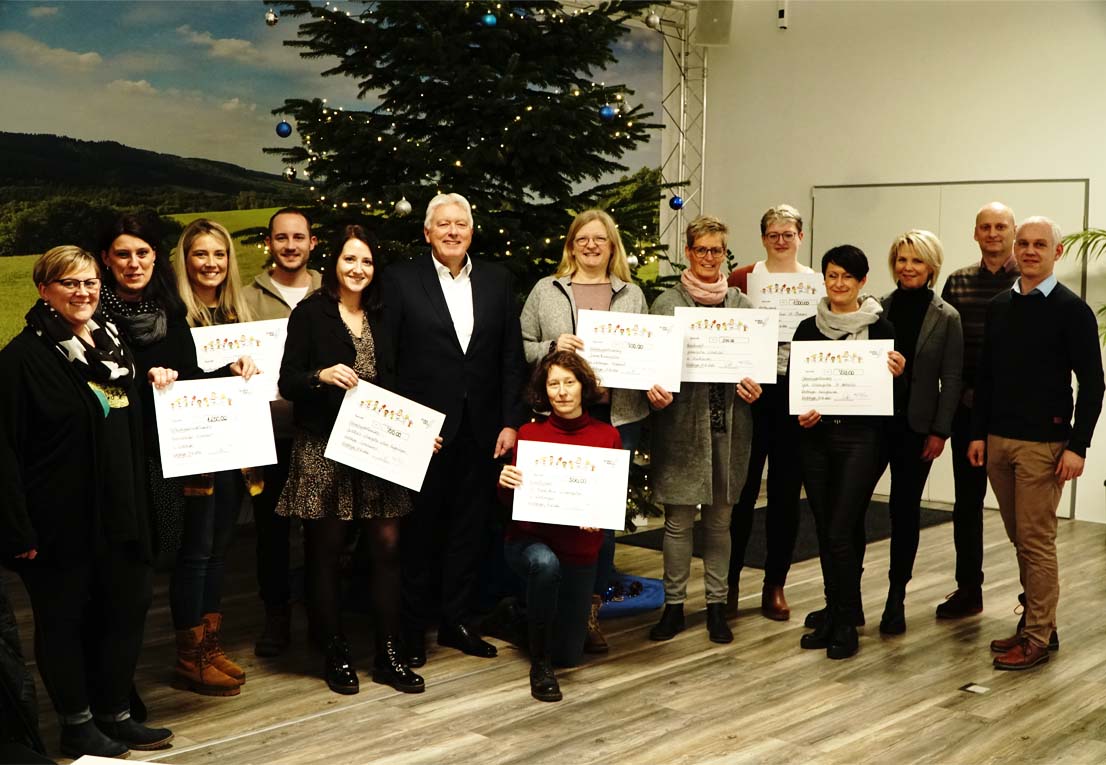